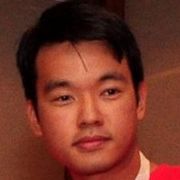 My name is Guilherme Kunigami.

I own a MSc. degree in Computer Science and BSc. in Computer Engineer from University of Campinas (Brazil).

I've been programming in C/C++ for more than 4 years. I also like to use Python once in a while. I know the basics of Java and PHP. I'm also learning Haskell. Most of my programming experiences are under Linux systems.

I've experience in analysis and design of algorithms, I've participated on ACM-ICPC from 2005 to 2010 and sporadically play some SRM's on Topcoder.

I was a developer student in Google Summer of Code 2011 for 4 months. On past years I've contributed to Scilab, performing localization to portuguese and fixing two bugs.