Currently, most raytracing for analysis purposes uses textual output to convey its results to the user, with very little integration into graphical environments. (The nirt and gqa tools can optionally visualize their results in MGED as wireframe lines.)

This project would significantly enhance the integration of tools such as nirt and gqa into graphical modeling environments (preferably Archer, since it will eventually become the new MGED modeler). A strong proposal will show significant research into how the tools are used and what user interface improvements would be made (be specific - creating mockups such as 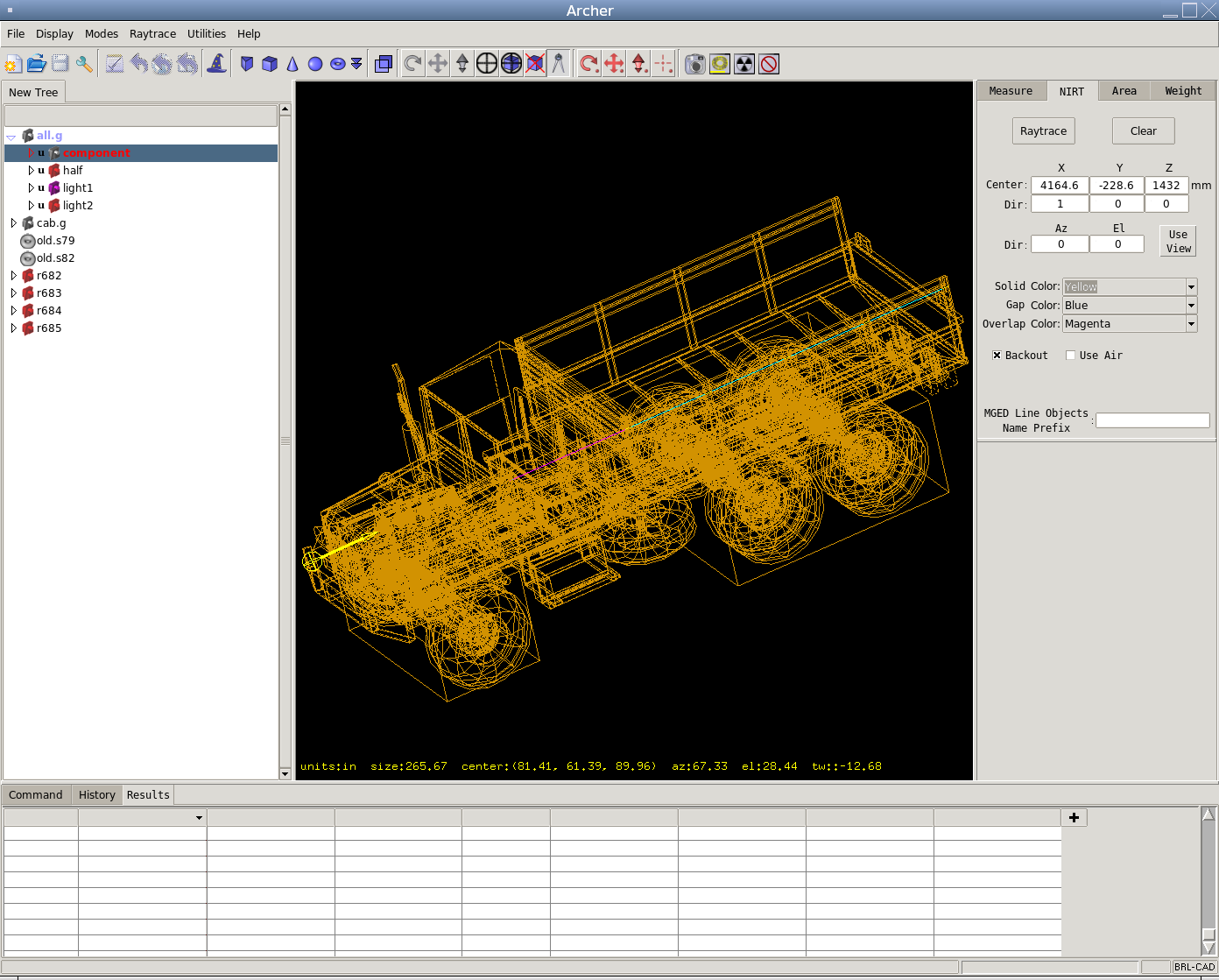 and including them with your proposal is a good way to convey user interface ideas). The student should experiment enough to have a good feel for how long it would take to implement their proposal.