Difference between revisions of "User:Vladbogolin/GSoC2013/qt-display-manager"

Being my first participation in Google Summer of Code and my fist contact with open source projects I was very excited and eager to start working.

Before midterm evaluation I focused on the first two aspects: embedding Qt in Tk windows and drawing. I have experienced a lot of difficulties while trying the embedding, but finally at midterm the display manager was able to draw almost every model.

After midterm evaluation, I focused on dealing with keyboard and mouse events since it's an important aspect. I tried to do everything so that new key bindings can be easily added, this means adding a function that has as input a Qt event and returns the corresponding Tk one. Another aspect that I've achieved in this period is integrating Qt in archer which was quite tricky since there were a lot of problems that needed to have a better solution: event processing which was done non-blocking, I've managed to simulate the behavior so that there wouldn't be any needs to modify the existing archer code. The last aspect I've been working on after midterm evaluation is embedding a framebuffer window. After making some research and discussing with my mentor I've decided to start implementing a new Qt framebuffer interface which is at the beginning but I am eager to continue working after GSoC to finish this project too.

During the final days I've been focusing on testing, commenting and solving issues.

One of the best way to see the actual results is from screenshots:

To use the display manager in classic mged simply select it when prompted: 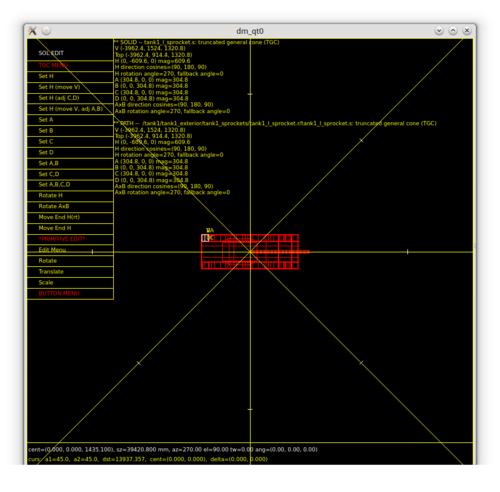 To use the display manager in mged it must be selected from Modes->DisplayManager->Qt. 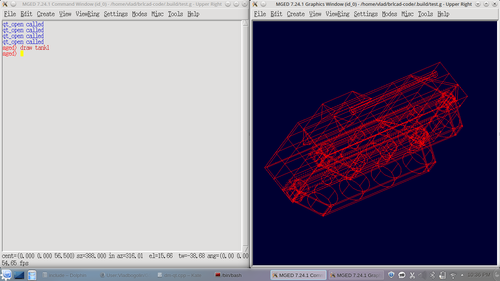 After a lot of changes in event processing the display manager can be used in archer too. At this moment there isn't a option like in mged (Modes->DisplayManager->Qt) so what has to be done to use the dm in archer is modify src/tclscripts/lib/Get.tcl line 957 (set dmType qt) and deactivate the use of Display Lists: 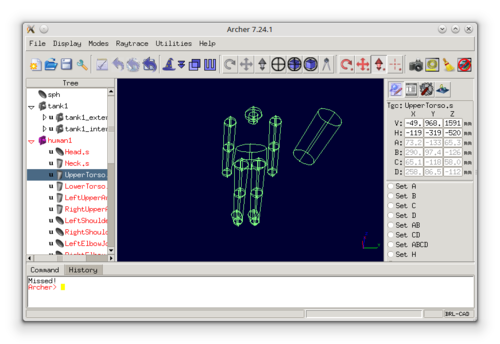 More infos about the development process can be found on the log page.

One of the most important aspects that need to be done after GSoC is the development of a new Qt framebuffer interface which I already started.