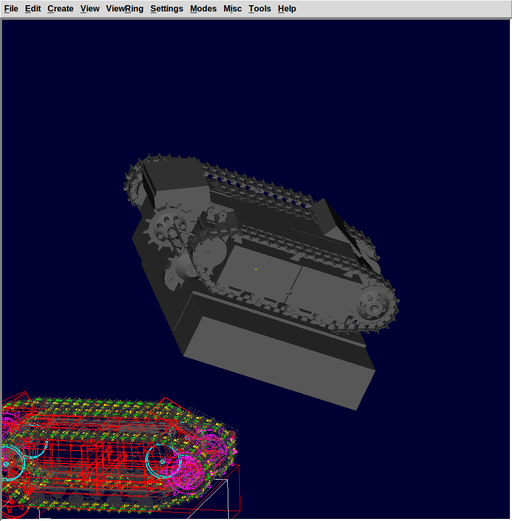 This is not an apples to apple comparison since the work done is a lot different. The brute force version ignores the CSG operators. We don't have OCL normal computation. But it's a way to gauge the possibilities here. If we implemented a BVH we could cut the iterations per pixel from 2429 to around log2(2429)*depth complexity where log2(2429)=11.25. In opencl branch.

I think the first thing to implement should be the boolean evaluator. If we can compute this incrementally this will have a significant impact on memory loads and memory consumption.